John Hayes has deep roots in the Shawangunks. In the 1950s and 1960s, His family “summered” on Rock Hill Road in the view shed of Skytop and Copes. He grew up alongside the Gunks, exploring and hiking the land from an early age. It was only as an adult that John came to understand and fully appreciate the precious and fragile terrain that the Shawangunks represent.

Living more permanently in the Gunks since the early 1990s, as an avid hiker and amateur photographer, John has been fortunate to continue the journey of enjoying this magnificent landscape. He believes that with this benefit comes a responsibility and commitment to protect the precious land.

John feels that the need for protection of the Shawangunks and vigilance toward threats has never been greater. While the land seems durable and lasting, the threat of overuse by people in this environment, left unchecked, would have a lasting negative impact on the fragile ecosystem.

As a member of Friends of the Shawangunks for over twenty years, John’s strong hope is to continue his engagement with this vital organization and do all that he can to keep the cherished landscape of the Shawangunks safeguarded for future generations 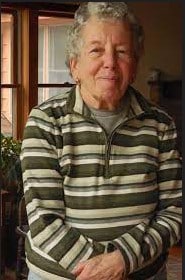 Anka got her first expansive view of the Shawangunks dangling from a rope on the climb known as the “Easy O.” Later, on terra firma, she gained a closer and calmer impression. The year was 1962.

With friends, some of them founders of Friends of the Shawangunks and the Mohonk Trust, a precursor to the Mohonk Preserve, weekend pursuits other than rock climbing (hiking, cross-country skiing, canoeing) provided Anka with a welcome respite from New York City.

A lifelong natural history enthusiast, Anka was struck by the variety of ecosystems and abundance of unusual species present in the Gunks and was dismayed when she learned that the integrity of this rich environment was under attack.

The number of visitors to the Gunks, as well as to the greater Hudson Valley was growing exponentially. Then as now, commercial development, rather than preservation of the area, was sometimes the dominant objective. 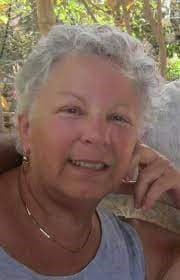 Jean Lerner first saw the clear blue waters of Lake Minnewaska in the mid-80s when the battle to stop Marriot from building a hotel on the ridge was in full swing. It was love at first sight, and she vowed to someday live nearby and to help protect the Shawangunk Ridge. She became an FOS member and was thrilled when the Minnewaska State Park Preserve became a reality. Jean worked for 33 years programming a Global Climate Model at NASA/Goddard Institute for Space Studies above Tom’s Restaurant in Manhattan (a.k.a. Seinfeld’s diner).

Since her retirement in 2012, she has lived full time in Kerhonkson and served on the FOS/TSC board. Jean is particularly interested in land acquisition and is pleased to be part of the recent efforts to purchase small parcels for preservation. Given that the climate is changing rapidly, she feels that it is imperative to protect as much greenery as possible. 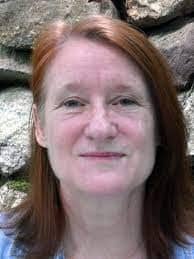 Janet Kern graduated from the College of Wooster (Ohio) with degrees in philosophy and political science. After a year working with migrant laborers in Florida as a VISTA volunteer, she began a career as a film technician in NYC, which eventually led to making documentary films. “Begin With Me” (a Soviet delegation sails down the Mississippi) and “Horse Tribe” (the Nez Perce of Idaho resurrect their horse culture) have been broadcast on PBS. “Saving the Ridge” is currently a work-in-progress. Janet’s work with Save the Ridge in the fight to protect the Awosting Reserve parcel from a mega-development resulted in her election to the Gardiner Town Board (2006-2010). Her first vote cast was for approval of the Shawangunk Ridge Protection District amendment to the Gardiner Environmental; Conservation Commission 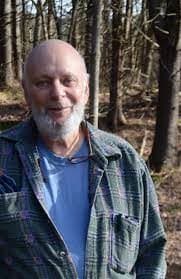 A longtime FOS member, H. Neil Zimmerman joined the Board in 2001 and served as our fifth president from 2007-2018. After a long career as a librarian in NYC, Neil now resides in Accord and is active with the local Rochester Food Pantry as well as Angel Food East in Kingston.

He served as the Chair of the American Hiking Society, as a Governor of the Adirondack Mountain Club, and as a member of the DEC’s Forest Preserve Advisory Committee. He was President of the NY-NJ Trail Conference from 1987-1999.
Neil first fell in love with the Shawangunks around 1980 when the Mohonk Preserve asked him, as the then Map Chairman of the Trail Conference, to help produce a hiking map set of the area. He was appointed a member of the Minnewaska State Park Master Plan Advisory Committee, formed by PIPC and NY State Parks shortly after the big 1987 Lake Minnewaska addition.

Neil is a co-author of two books in the popular “Fifty Hikes” series: The Lower Hudson Valley and New Jersey. 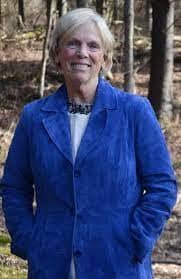 A Board member since 2016, Patty was a Coordinator of Save the Ridge, which successfully fought the Awosting Reserve development.

She serves on the Town of Shawangunk Environmental Management Council and coordinates trail maintenance in Minnewaska, Schunemunk, Black Rock, and Storm King Parks with the NY-NJ Trail Conference.

Patty hikes and runs in the Gunks, plays sax in local community bands, and occasionally writes, sings, and photographs. In former lives and locales, she was a professor and author on literature and society, a reporter, an organizer, and a trainer of the disabled in marathon running. 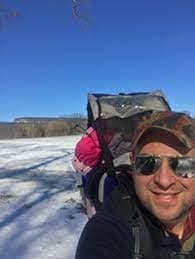 Alex Bartholomew grew up in the northern slopes Catskills in the Schoharie Valley, fishing, hiking, and collecting fossils since he can remember. Alex went to Union College and the University of Cincinnati, obtaining a BS, MS, and Ph.D. in Geology, specializing in sedimentary rocks and paleontology, with his specific area of research being the rocks of the Shawangunk and Catskill mountains and the Appalachian, Illinois, and Michigan basins.

Alex’s trail steward and conservation work dates back to his Eagle Scout service project planting trees and making trail signs for the Vroman’s Nose preserve in his hometown of Middleburgh, NY. Alex moved to New Paltz in 2006 do begin a job as an Assistant Professor of Geology at SUNY New Paltz and fell in love with hiking and doing geologic field work in the Gunks very shortly after his arrival in the area. He is a co-leader of his daughter’s Daisy Girl Scout troop and a board member, founding member, and trail steward for the Mill Brook Preserve in the village of New Paltz. He has also worked with the various local rock and mineral clubs, the Wallkill Valley Land Trust, and the Lifetime Learning Institute at SUNY New Paltz giving lectures and leading field trips. 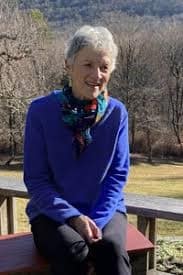 Introduced to the Shawangunks by Bob Larson, climber, ridge aficionado and future Mohonk Preserve ranger and historian on February 21st 1963…camping out under the “Lay Back” in six degrees below zero.

Fell in love with the “Gunks” (like Bob) hiking, climbing, camping, and then in 1965 we decided to really commit and bought a small “fixer-upper” cottage deep in The Clove. Fifty-two years later I’m still here.

Became fully involved with Friends of the Shawangunks when Bob established FOS as the first and, indeed, major activist organization to fight the looming threat to the Minnewaska area, i.e., the potential huge Marriott development. At that time, I happened to become the first Chairperson on the nascent FOS board and continued in that role for several years.

Supporting volunteering and sticking with FOS and its commitment to promoting and protecting open space all these years has been very important to me and I am pleased and honored to be invited to join the FOS board once again. 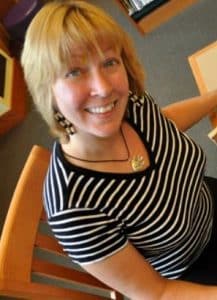 Roberta Clements has joined the Boards of FOS and TSC. She comes to us with a long volunteer history of environmental protection, activism, and ridge protection.

Roberta worked to “Save the Ridge” in the early 2000s via her work in the Sierra Club. She has provided public presentations on a number of environmental topics as an organizer and a presenter. She has participated in many activities of local government, including contributing to Comprehensive Master Plans, creating Natural Resources Inventory, and advocating for passage of local environmental protection laws, such as protecting wetlands.

While she is not an environmental professional, she attends many trainings and conferences related to environmental concerns to satisfy her thirst for knowledge as a lifelong learner, and to be educated about the advocacy positions she takes. She lives in the Town of Gardiner and enjoys lovely sunset views every evening of the ridge she adores. Roberta is a regular hiker in the “Gunks” and elsewhere.

Roberta planted 40 trees in her yard last summer. An avid letter writer and meeting attendee, she “speaks for the trees” whenever possible.